Home » Blog » What are the top trends in supplement manufacturing for 2019? 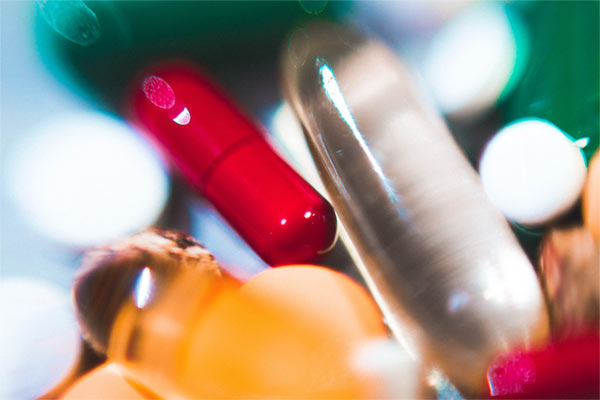 In this day and age supplements seem to be everywhere. The supplement market boasts at total of $133 billion, with thousands of products. The breadth is both exciting and overwhelming, especially since it seems that a new supplement hits the stores every week. At Sawgrass Nutra Labs, we try to understand these new products before they’ve gained popularity, so we can know which ones to follow closely. Below, we’ve charted out all of the facts about 2019’s top trends in supplement manufacturing.

Omega-3 is one of the oldest substances in the supplement game. It can be found most commonly in fish oil supplements and has been hailed to treat heart disease, cancer, arthritis, Alzheimer’s, and aid infant health during pregnancy and breastfeeding. However, due to the breadth of its claims and the longevity of its presence in the market, omega-3 is constantly under scrutiny. This scrutiny can sometimes produce negative effects, giving omega-3’s market path both hills and valleys. However, leading into next year, omega- 3 should be swinging into a high due to its success in several scientific studies. In a study last year, researchers found that an omega-3 drug successfully reduced risk of major cardiovascular events by 25%.  So don’t always trust the sometimes negative and critical media coverage, because the effects of omega-3 are real and documented. One thing that not all people know about omega-3 is that it is only effective when it’s at a high enough concentration. Typically, people should be getting anywhere from 1 – 1.5 grams of omega-3 daily, so label checking is critical in order to get the proper amount of omega-3.

In western spaces, turmeric is known as a spice, however, it has an active ingredient called curcumin that may just make the body healthier. Turmeric, as a medicinal agent, began its career centuries ago in India to cure breathing problems, pain and fatigue. As a western supplement, people have used turmeric to aid inflammation, arthritis, stomach and skin issues, and, more recently, it is being used for cognitive help. According to preliminary research, there is a connection between inflammation and declining cognitive health. Because turmeric is an anti inflammatory substance, it can help the brain by reducing inflammation. Due to its diverse uses, turmeric is administered both orally and topically. As a cognitive aid though, turmeric would not benefit as a topical substance. Turmeric can be found as tablets, capsules, tinctures and supplemental powders, but the most popular forms are capsules and powders. The big difference between capsules and powders is concentration. Turmeric capsules use a turmeric concentrate, which may hold 400 mg of the active agent, curcumin, whereas the ground powder might only have 15 mg of curcumin. This range actually allows the consumer a wide range of opportunities to use turmeric, so just be sure that the supplement meets the needs of the goals of use.

One supplement that is about to have a big impact on the supplement market is collagen. Even though people are looking to non-conventional curative methods, the world of beauty is still has not changed. This means that nice skin, hair and nails remain important to many consumers. But now, because of collagen, instead of relying on unnatural, expensive treatments, there may be a natural way to achieve this beauty standard. On top of relieving joint pain, prevent bone loss, boosting muscle mass and promoting a health heart, collagen also improves skin health and strengthens hair and nails. Collagen does it all while, it seems, reversing aging. In 2018, as a natural supplement, collagen sales increased 93%. Since then, collagen has only garnered more attention and can be found in many forms. The most popular is supplement powder due to the flexibility of it. Collagen, unlike other supplements, does not have a strong taste, which allows people to add it to their food preparation. There is not a lot of negative sentiment about collagen in widespread media. This may be attributed to the way collagen supplements are meant to work. Instead of providing a nutritional supplement to the body, most collagen supplements aim to simply stimulate the body to produce more of its own collagen.

Sleep and relaxation supplements have gained a lot of success in the supplement market and continue to do so for a few reasons. According to the Center for Disease Control (CDC), 1 in 3 American adults do not get enough sleep, so people need sleep supplements. Sleep supplements also continue to have a large place in the supplement market, because they are backed up by science. Various studies have linked sleep supplements to the promotion of drowsiness. Also, unlike other dietary supplements where the ingredients are those that are found outside the body, most sleep supplements take advantage of the natural chemicals that the body produces naturally in order to promote sleepiness. The most popular is certainly melatonin. Melatonin is the body’s chemical that causes drowsiness. By taking a natural dietary supplement, like melatonin, the body simply feels that it has made more of its own chemicals.

If people have not heard of elderberry by now, they will and very soon. Elderberry is one of the fastest growing supplements in the entire market. In just a year, the elderberry sales increased by 82.2%. Elderberry is an immune booster meant to be a preventative measure for illnesses like the flu. For those that are not convinced of vitamin C, elderberry is a trendy, new way to boost one’s immune system and prevent annoying winter ailments like colds and the flu.

If you’re interested in adding these supplements to your business, contact Sawgrass Nutra Labs today for a free quote.