Home » Blog » Spirulina: What is it and How Does it Work? 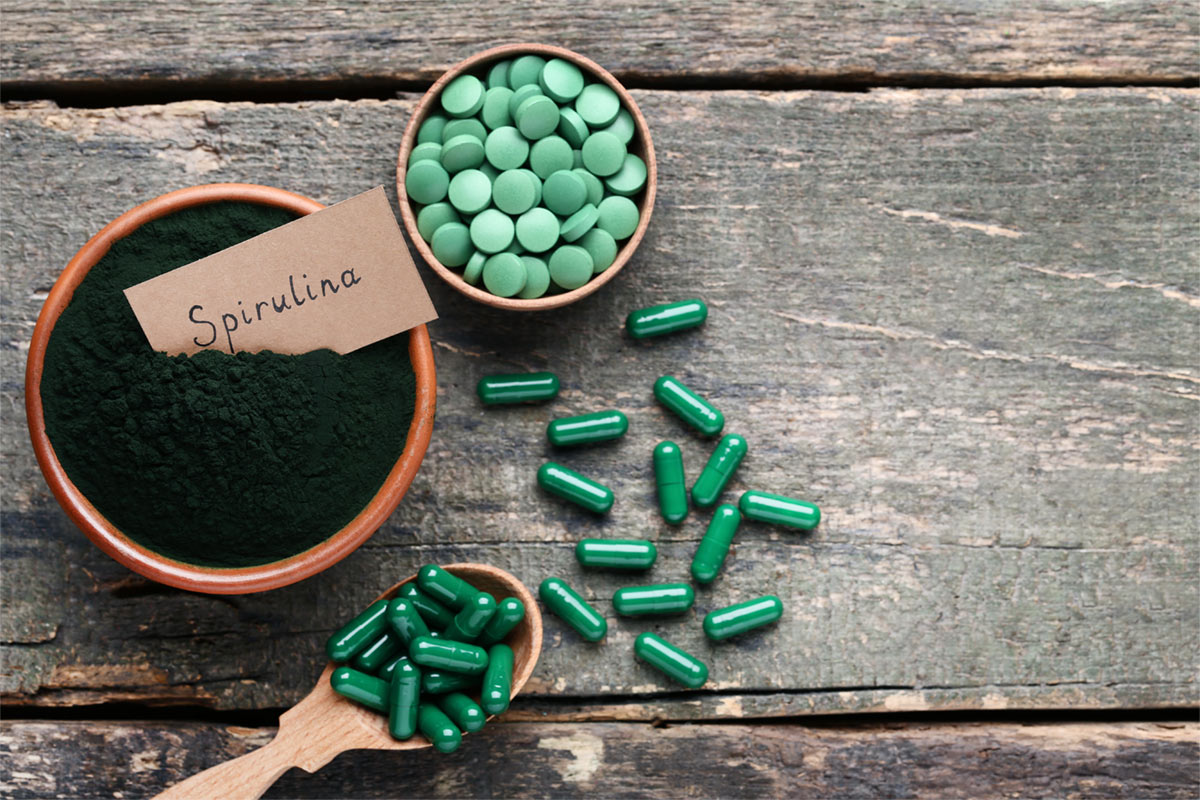 Spirulina is a type of blue-green algae, thought to be one of the most nutritional foods on the earth. Spirulina algae grows in both fresh and salt water, and even NASA proposed it could be grown in space to be consumed by astronauts for nutrition. Though it holds incredible nutritional value, it is not regulated by the FDA for consumption.

Spirulina has a long list of health benefits. The primary benefit is simply it’s nutritional value. In just one tablespoon (or 7 grams) of spirulina, there are:

Because of its value it can be used as a great nutritional supplement. It is often used as a form of vegan protein.

Some studies show that Spirulina can support mental health. Though more studies need to be done to fully prove this benefit, it is a proven source of tryptophan. Tryptophan is an amino acid that supports serotonin. Mood disorders involve unusual serotonin levels. Spirulina can help increase levels of serotonin which can help with depression, anxiety, and other mood disorders.

This blue-green algae works great as an antioxidant. It is well known that oxidative damage can be very harmful to the body. Spirulina’s main antioxidant substance is called phycocyanin, which also happens to be what gives it the blue-green color.

Phycocyanin carries anti-inflammatory powers as well making spirulina a great way to help with allergies. It has been shown to help with a runny nose, sneezing, nasal congestion and itching.

Cholesterol is unhealthy fat that can lead to heart disease. There have been multiple studies in which people with high LDL cholesterol (the bad fats) have taken a few grams of spirulina every day. It has been shown through those studies that levels of LDL cholesterol had decreased and in some cases the “good” cholesterol (HDL cholesterol) had increased.

There are multiple ways to consume spirulina in order to take advantage of its many health benefits. The first and a very common way to consume it is through powder. Spirulina powder can be added and blended into smoothies just like any other protein powder. It can be stirred into fruit or vegetable juices. Powder is a very easy way to receive the benefits of Spirulina because it can be mixed in to most recipes without any issues.

Spirulina can also be consumed by tablets. Tablets are easily accessible in most health food stores. They are also available on Amazon.